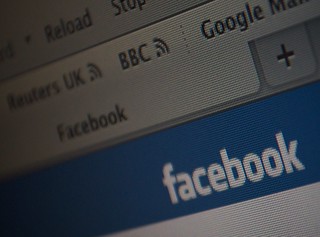 Social sites like Facebook and Twitter have become useful tools for the modern plastic surgery practice, according to a study published in Plastic and Reconstructive Surgery.

The survey inquired about their personal use of social media, the platforms they used, and the perceived impact these activities had on their plastic surgery practice. About half of the surgeons who responded said they were using social media in their professional practice.

Benefits of Connecting with a Doctor Through Social Media

Social media is not only a good networking and marketing tool for plastic surgeons, it can also be a good patient education platform. But when you’re a busy professional, staying current with your Facebook and Twitter accounts can be challenging. To handle the ongoing communication, 54 percent of the respondents said they depend on a staff member to manage their social media accounts.

These benefits don’t come without some level of risk. Maintaining a social media presence means being open to negative comments and online attacks. Some doctors also cited concerns about patient privacy.

With so many plastic surgeons using social media, the field is taking a progressive approach that may set an example for doctors in other specialties. “Because of our current level of engagement with existing social media services, plastic surgeons are uniquely poised to become leaders in developing the future of social media architecture to the maximal benefit of practitioners and patients alike,” the authors conclude.

Please fill out the form below or give us a call to schedule your appointment.

What to expect during your consultation…

1.Get to know Dr. Hunsicker and Dr. Nguyen.

2. Discuss your unique goals and concerns.

3. Learn about our services and specialties.

“My Experience has been amazing. Dr. Hunsicker is kind, caring and knowledgeable. I had an abdominoplasty and am thrilled with the results. The post-op care was phenomenal as well. Enjoyable experience.”

How may we help?

* All indicated fields must be completed.
Please include non-medical questions and correspondence only.